This is no satellite photo from space. Instead, it is a map that reveals how keen Londoners are on social networking.

The red dots represent Flickr pictures while the blue dots are tweets. The white dots seen in central London are locations that have been posted to both.

The map reveals Twitter is used across the metropolis of eight million people, while geo-tagged Flickr snaps are clustered south of the Thames, the river  that is often seen as a cultural divide in the city.

The meandering river itself is mostly red, indicating the increased number of tourists taking photos and then uploading them to Flickr.

Mr Fischer has applied his magic to other big cities, including New York, Barcelona and Tokyo – as well as the entire globe. 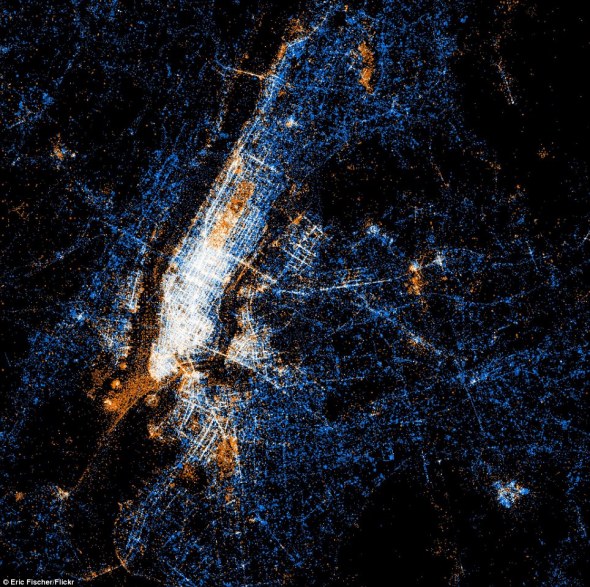 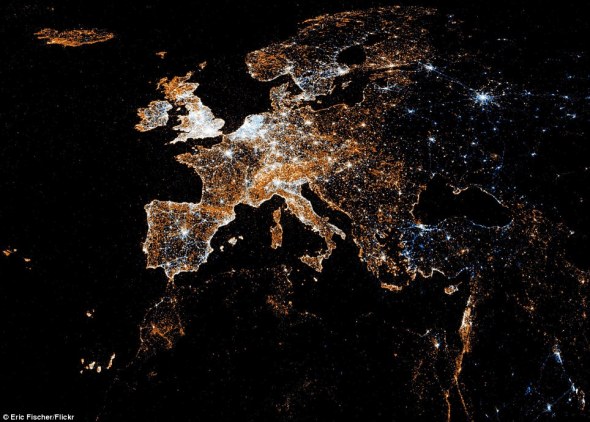