An immigration officer returned home to find gipsies had moved in, ransacked the place and dressed in her clothes.

Julia High was even offered a glass of her own wine by the Romanian squatters.They claimed they had rented the property from her ‘son’ because she had died, and produced a set of fake documents. 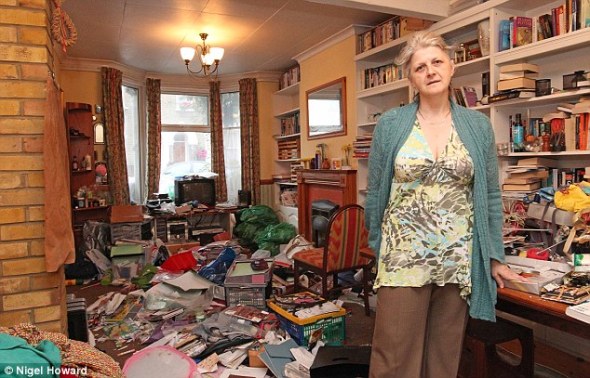 The family of five adults and three children had ripped up carpets, emptied the fridge and dumped her belongings in bin bags in the garden of her £270,000 home. They left water damage to the kitchen and bathroom, while a computer and digital cameras were missing. Only her beds and wardrobes were left intact. And once evicted, they squatted in another home two streets away.

She said: ‘The women came to the door dressed in my clothes, they were sitting around my dining room table, drinking my wine out of my glasses. They even offered me a drink and told me they were from Romania. They said I was dead and my son had rented the house to them. I am very much alive, single and I don’t have a son.’

Miss High, who works for the UK Border Agency, had spent a weekend visiting her parents and on the Monday evening went to see the Proms at the Royal Albert Hall before returning to the terraced home in Leytonstone, east London, which she has owned for 30 years.